MUSEUM DESIGN > THE VOICE OF THE FARMERS

This exhibit hall was made to preserve traditional Korean culture about agriculture. Below work shows a process of a diorama, with using motors and sound devices. Each step needed several tests not only to express characters’ natural poses and movements but also show scenery of agricultural society in the past with nature. 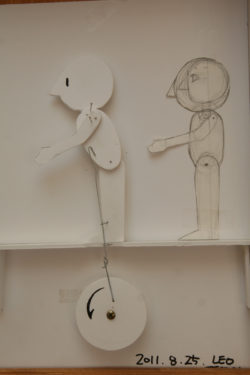 The principle of the working model is to convert the rotational motion into a linear motion and the linear motion into a linear motion in another direction. The necessary devices consist of a motor, timer, button, and motor intensity regulator. I tested a simple principle with styrofoam board. I made the essential devices as a result. And it is applied to the real object and adjusts the rotation intensity and time of the timer and the motor. Finally, we connected the exhibition hall and set up the sound and operation time. 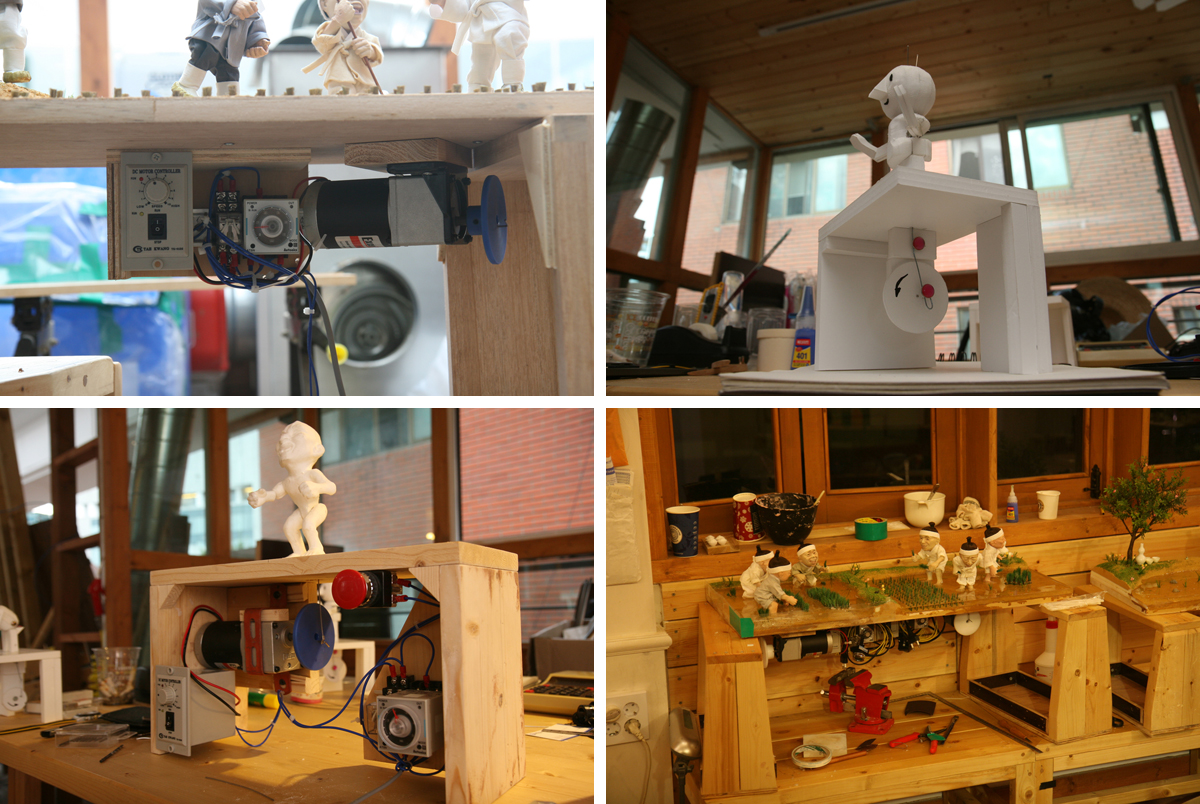 In the production of the terrain of the work, I tried to simulate the characters of the styrofoam board. I made the ground by grasping the position and movement of the characters. And I tested the materials to express water. 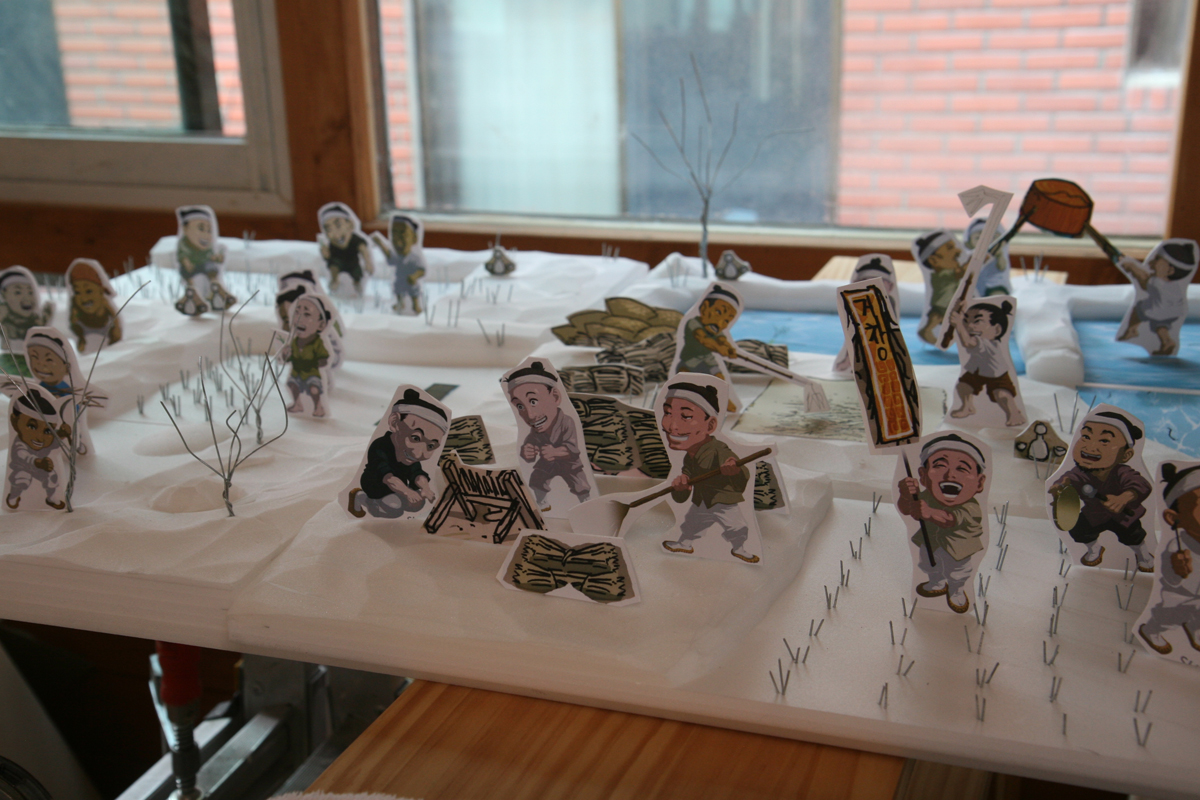 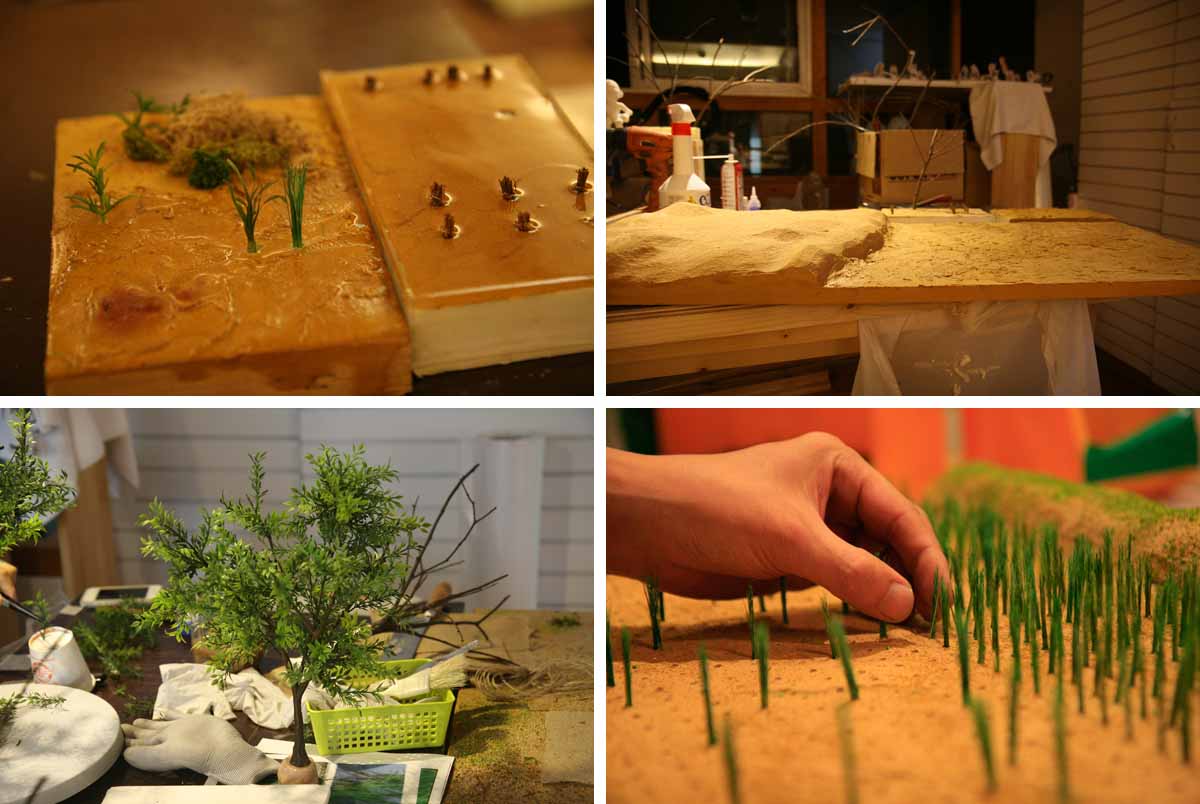 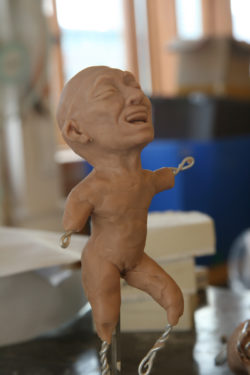 Props of all backgrounds and characters of the characters were made to fit the size. We shaped the costume figures to make silicone molds and cast non-foam rigid urethane. To give them an overall feeling of liveliness as well as details of when the audience looked closer, the eyes of the characters were all made of glass eyes, and the head was made of wigs. 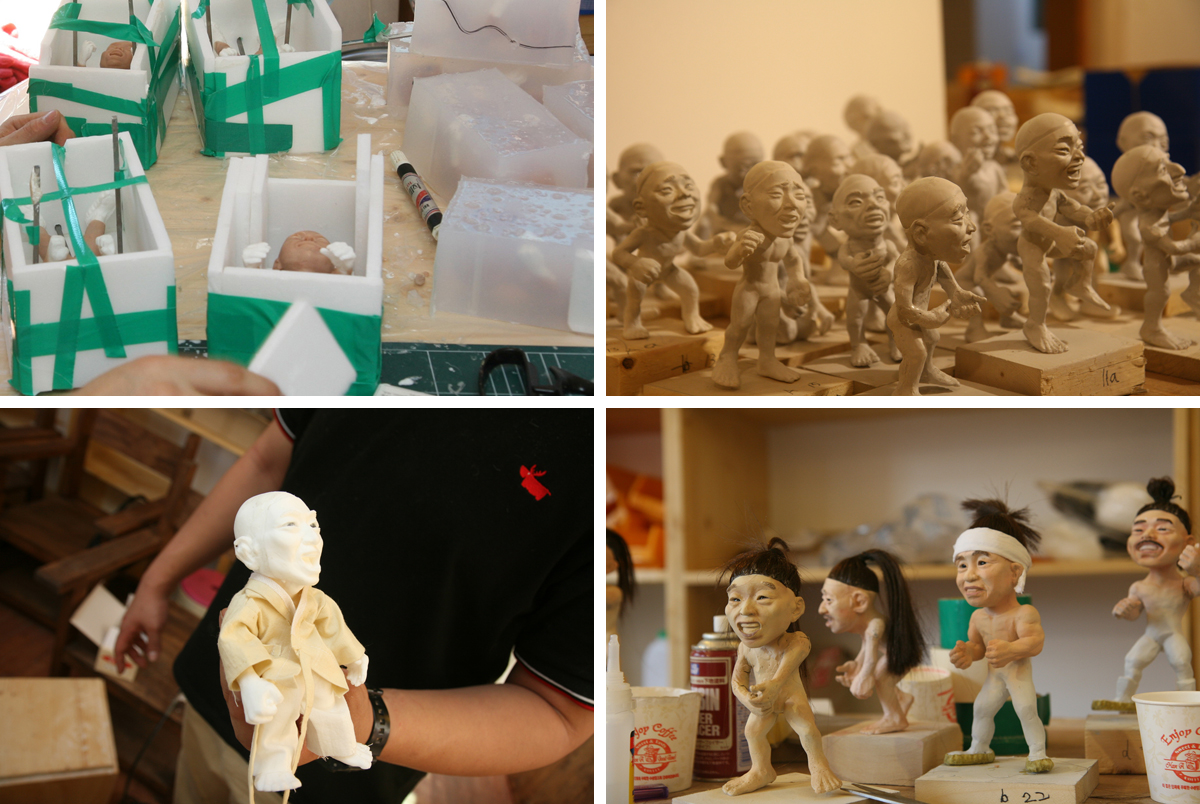 It shows that farmers make a sound as they prepare for the firewood in the mountains or fields. 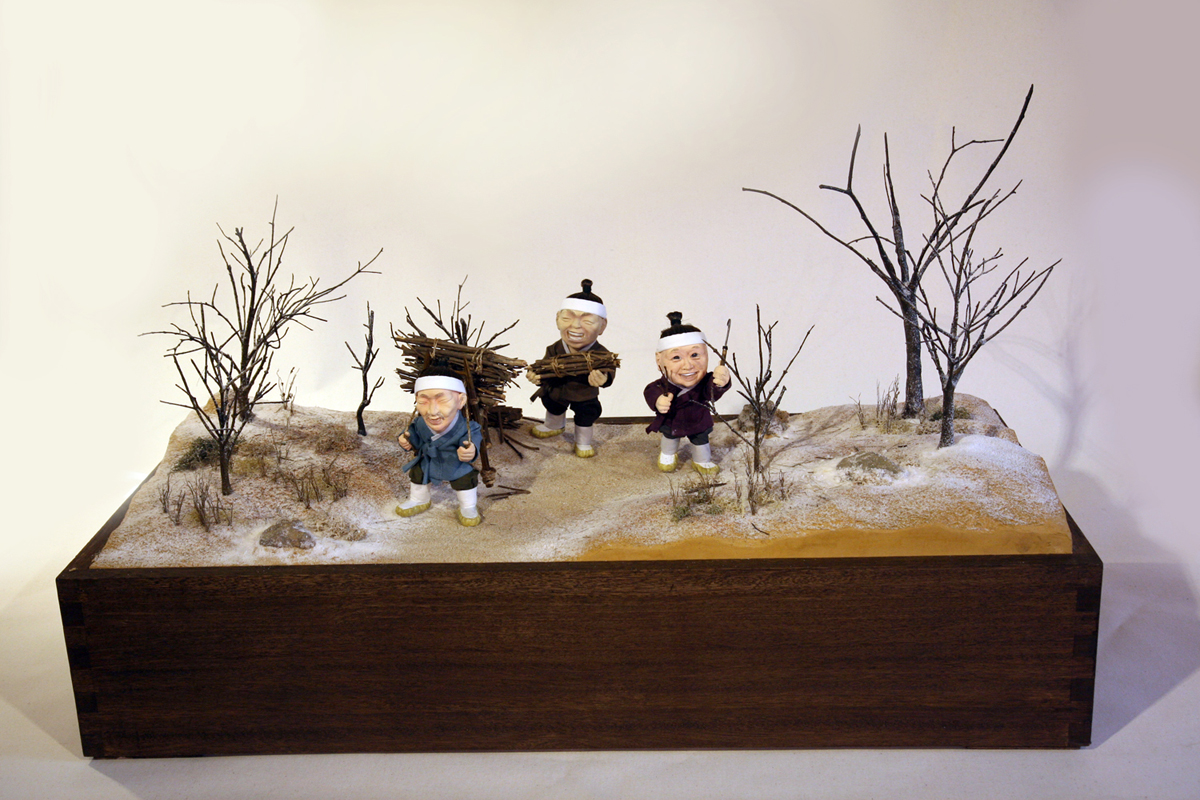 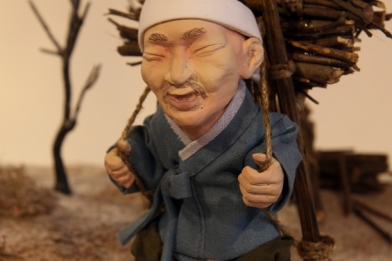 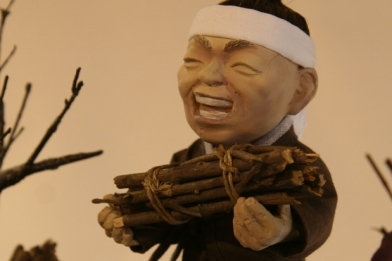 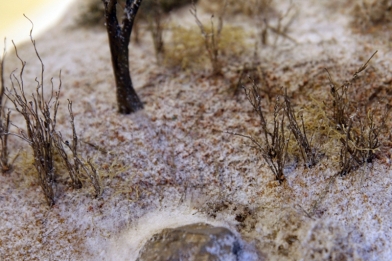 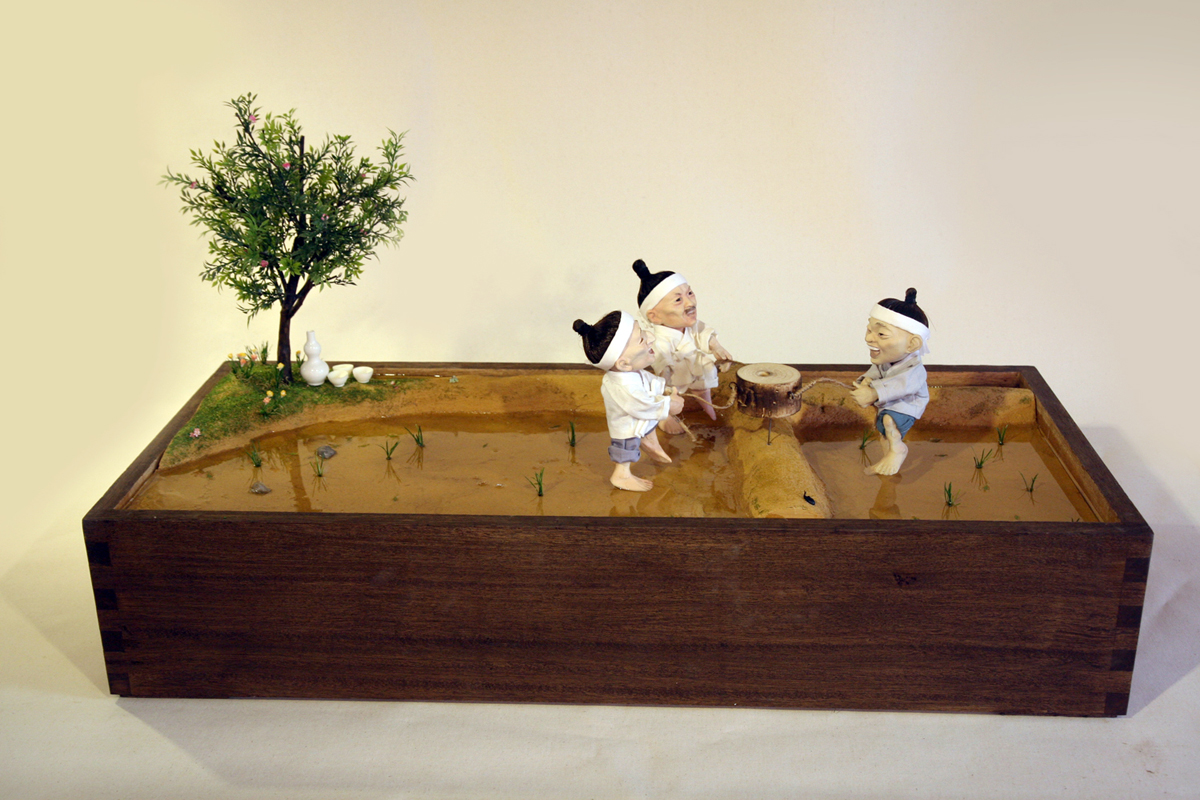 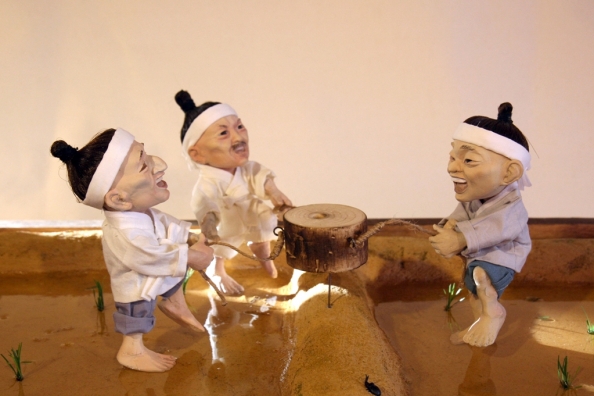 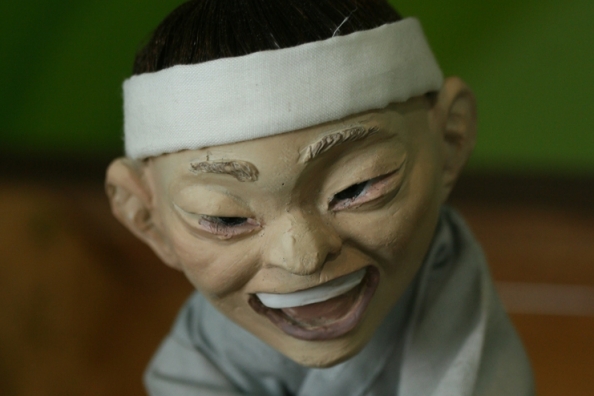 It demonstrates threshing barley. Because the work is hard, the music is short, and the primary meaning of the song is an expectation of work and hopeful life. 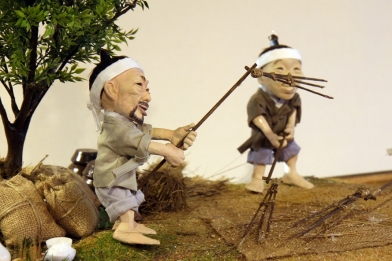 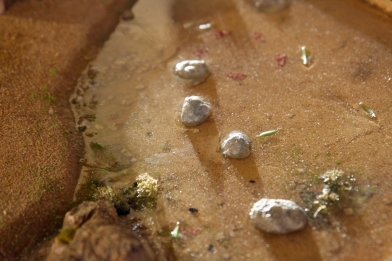 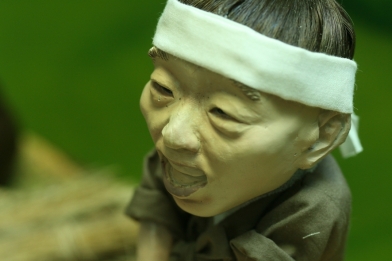 This piece shows farmers singing while rice is grown on the plate before rice is planted. 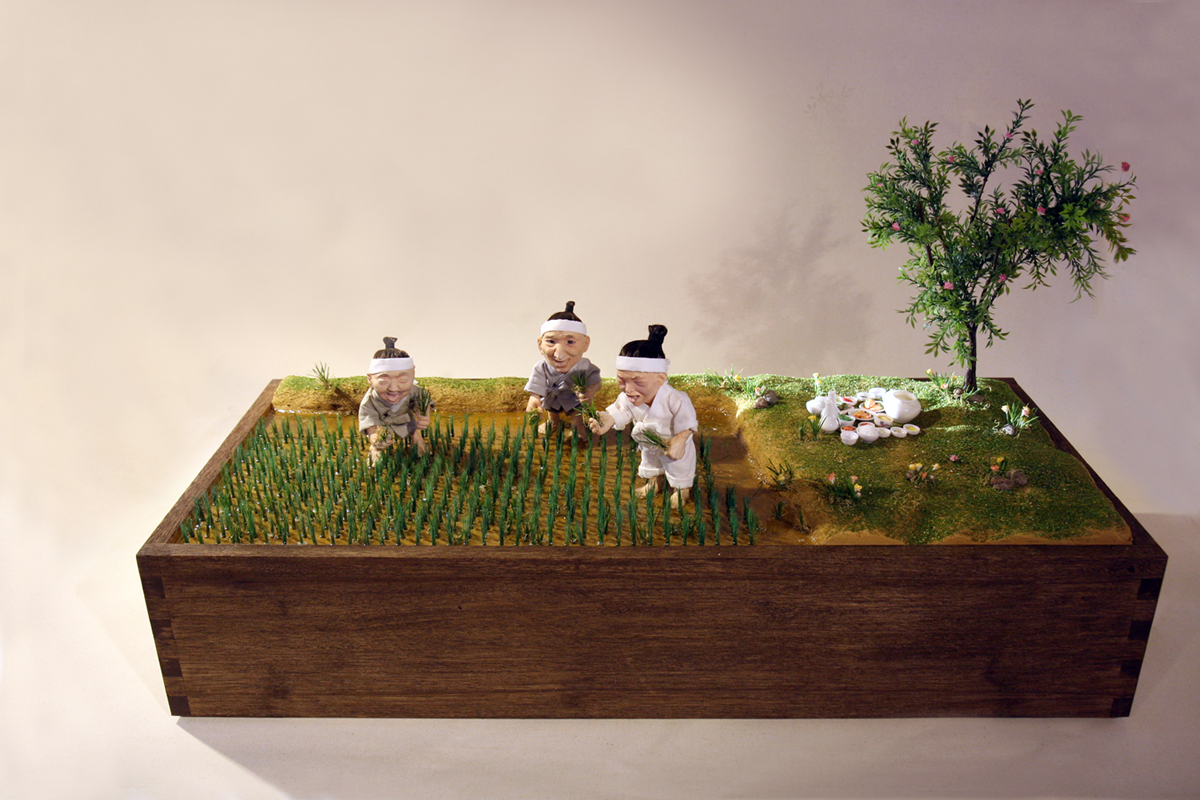 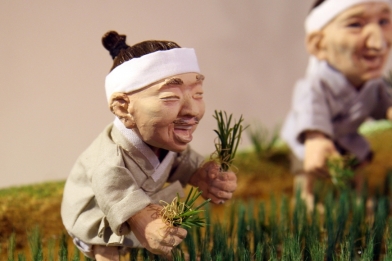 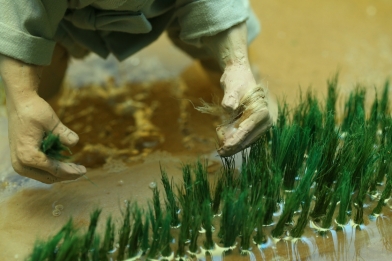 It is a diorama of two sounds. The first is farmers planting rice with making a sound. The second is a scene of singing while weeding a rice paddy. 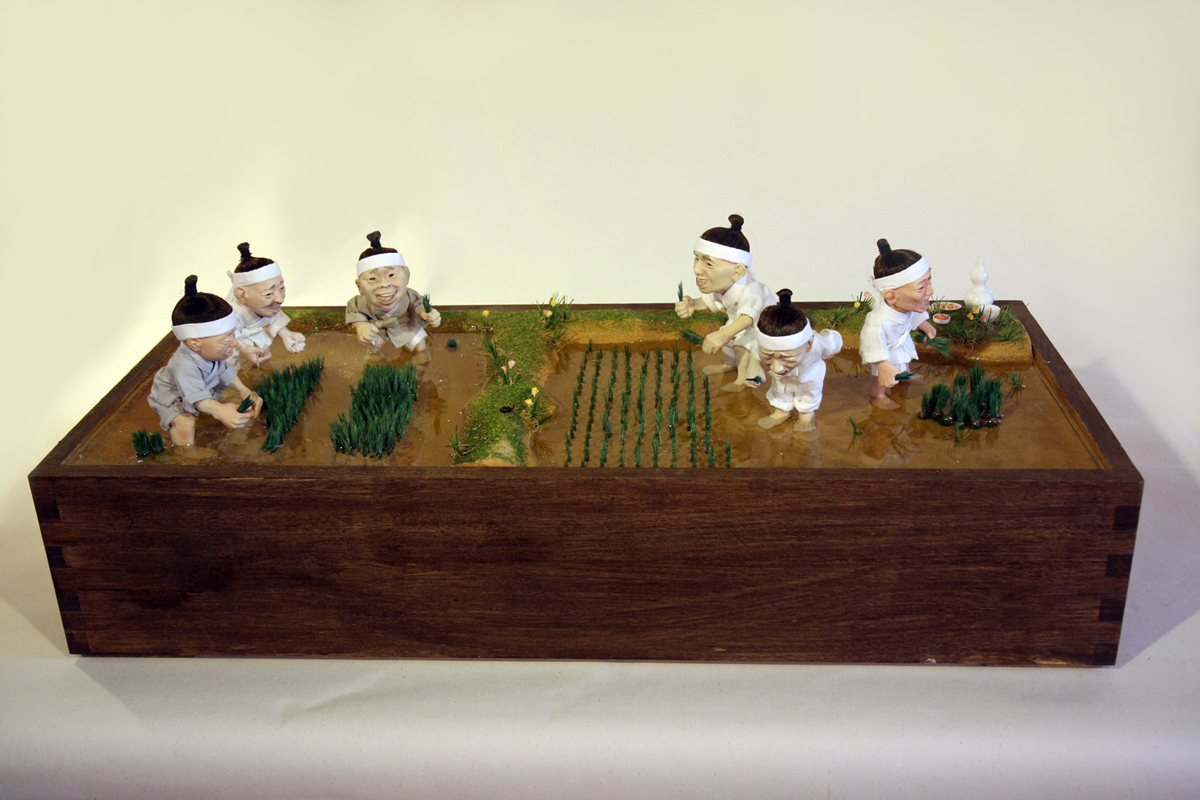 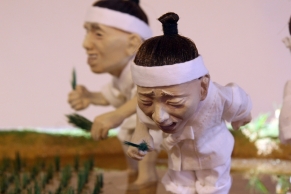 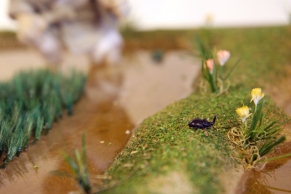 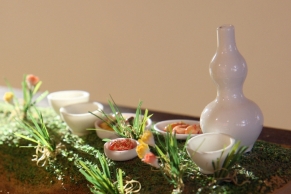 It shows farmers singing the sounds they call as they harvest rice. 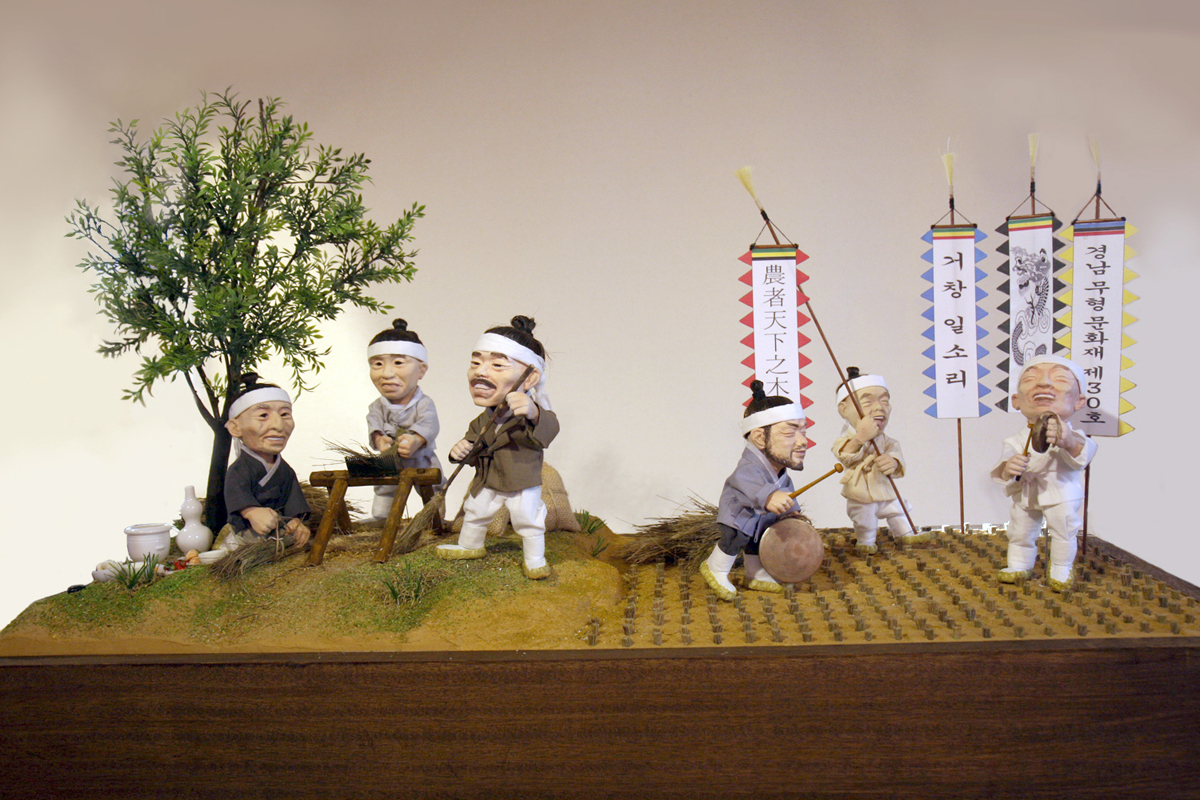 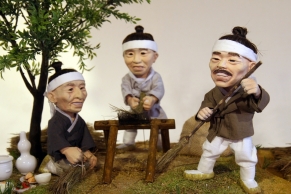 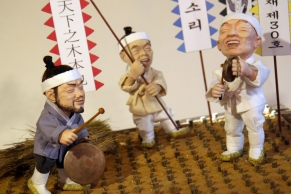 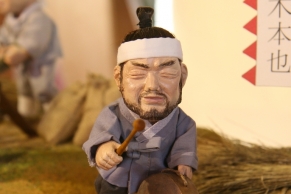 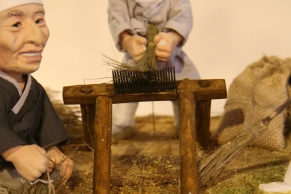 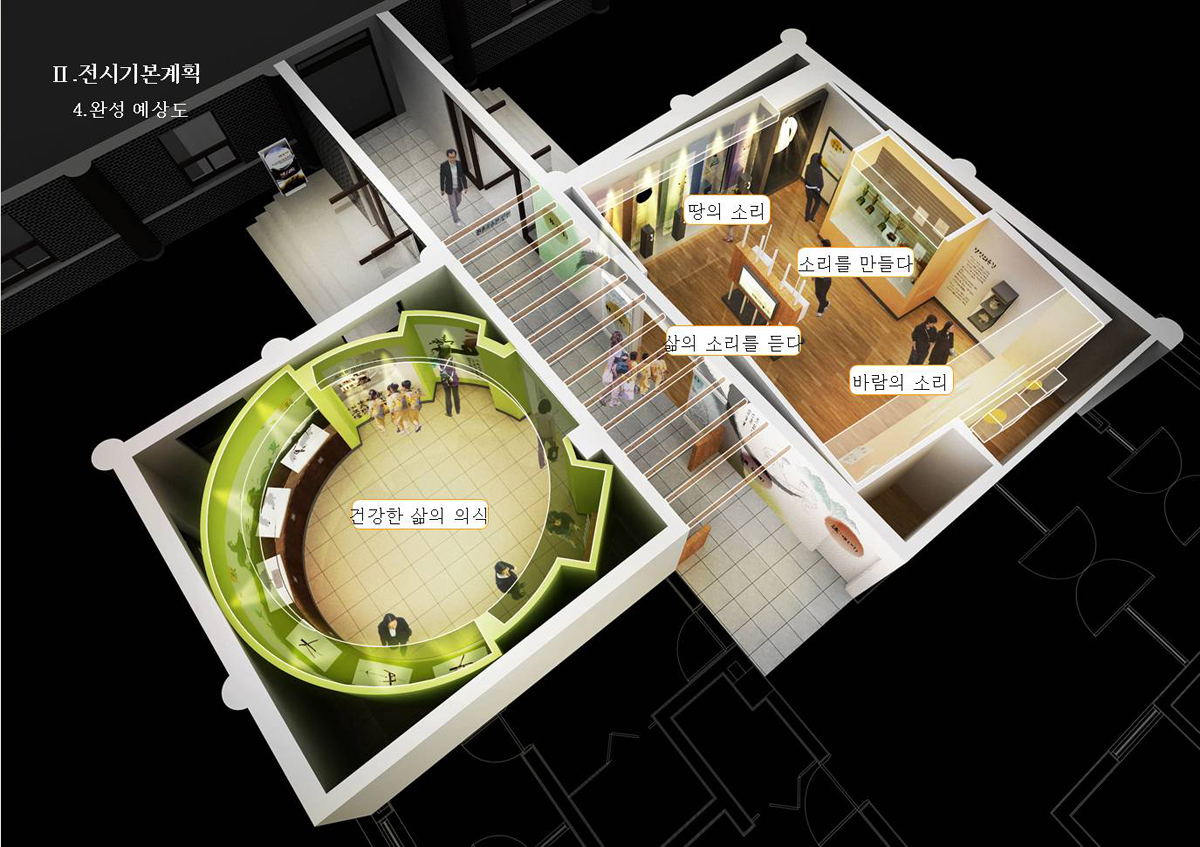