This work was for beer advertising. I was asked to work on a tough schedule of completion in 16 hours. In other words, I had to complete the design, production, and delivery within 16 hours. I tried not to accept the request. However, when I heard this was for PSY who is the singer I liked from my childhood, I made an irrational decision. Almost everything has been chased by time. I remember this was on the shortest schedule.

Within 90 minutes of starting the design, I got confirmation from the client. I modelled with clay and planned in my mind how to proceed with the work and ordered the material. I finished the modelling for 5 hours and built up the soil wall to serve as a boundary between the zipper part of the muscle suit and the gypsum, as planned in my head. 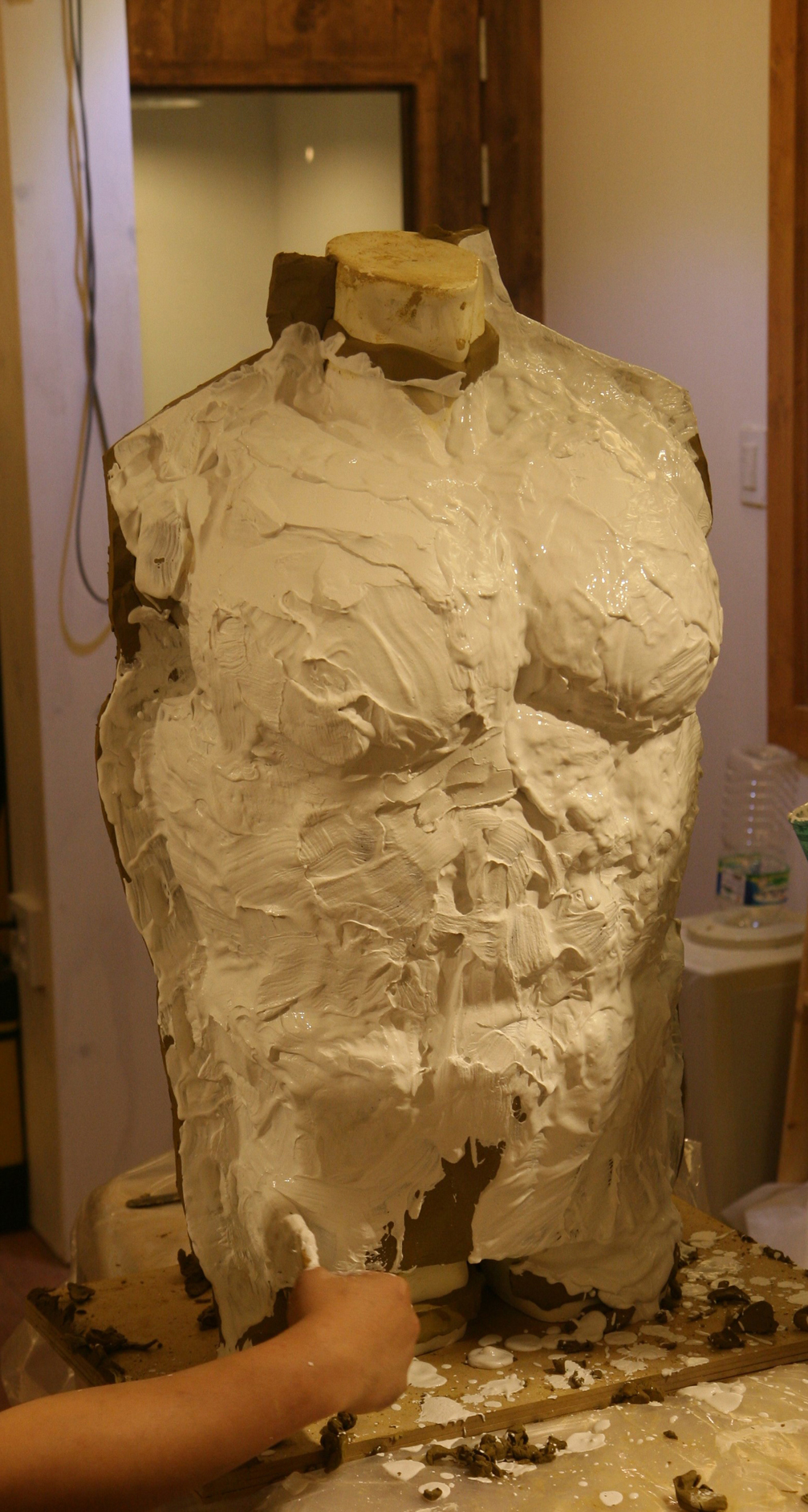 I wanted to make the top moulds solid and fine with silicon and fiber reinforced plastics, however I did not have enough curing time. I chose gypsum plaster with a fast cure speed as the top mould. With the gypsum moulds, there should be no mistakes when separating the casted subjects, so I had to make them exactly one at a time. Gypsum is a basic material, but it must be able to fully calculate hardening, speed, pot life, bubble, and etc. so that it can be handled accurately and quickly. I finished the work for an hour. In order to remove the moisture quickly, I used 10 of electric heaters and the dehumidifier to make splints strong enough and prevent deformation. I had a quick dinner and made its under mould that would fit my model while it got hardened.

After 2 hours and 30 minutes, the gypsum was opened and the soil was removed and combined. Fortunately, the moulds were well assembled. The mould release agent was applied, and 180% foaming soft urethane foam was added. It was material considering time and intensity, weight and colouring. Due to the nature of the gypsum material, there was an error within 1mm, but fortunately, it came out without problems. I arrange the muscle suit’s prototype. Three more hours passed. 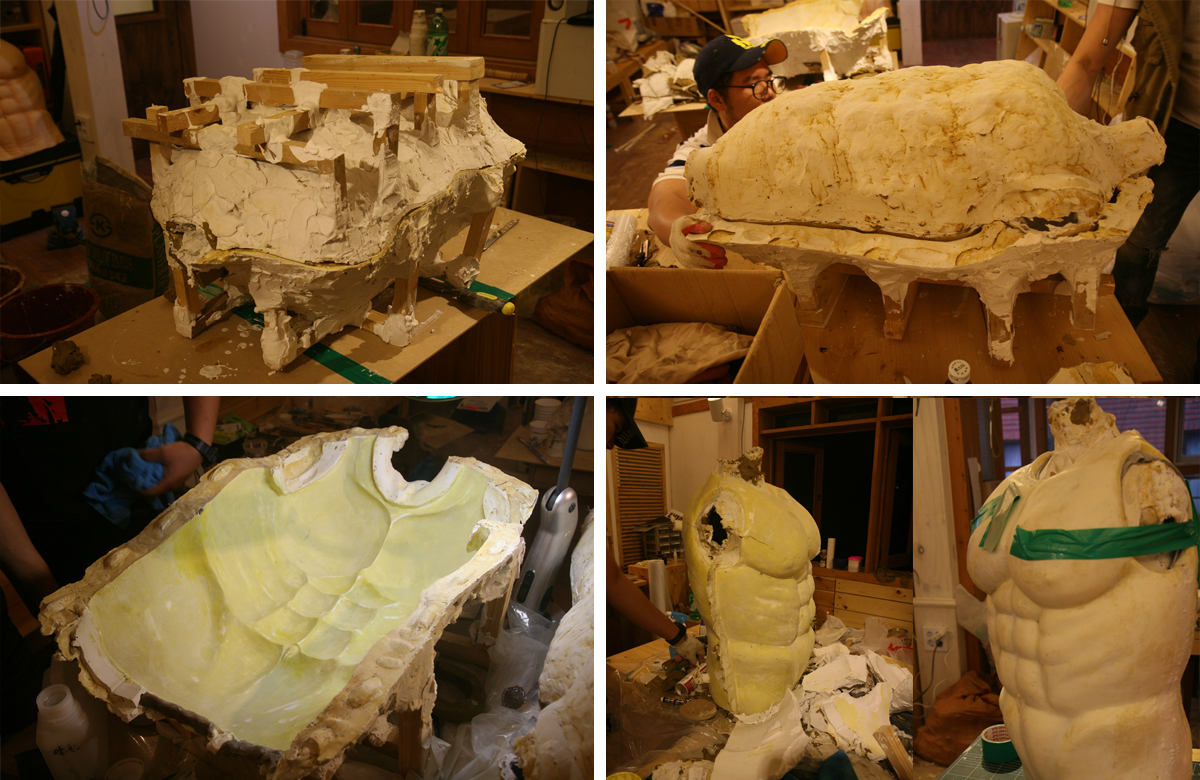 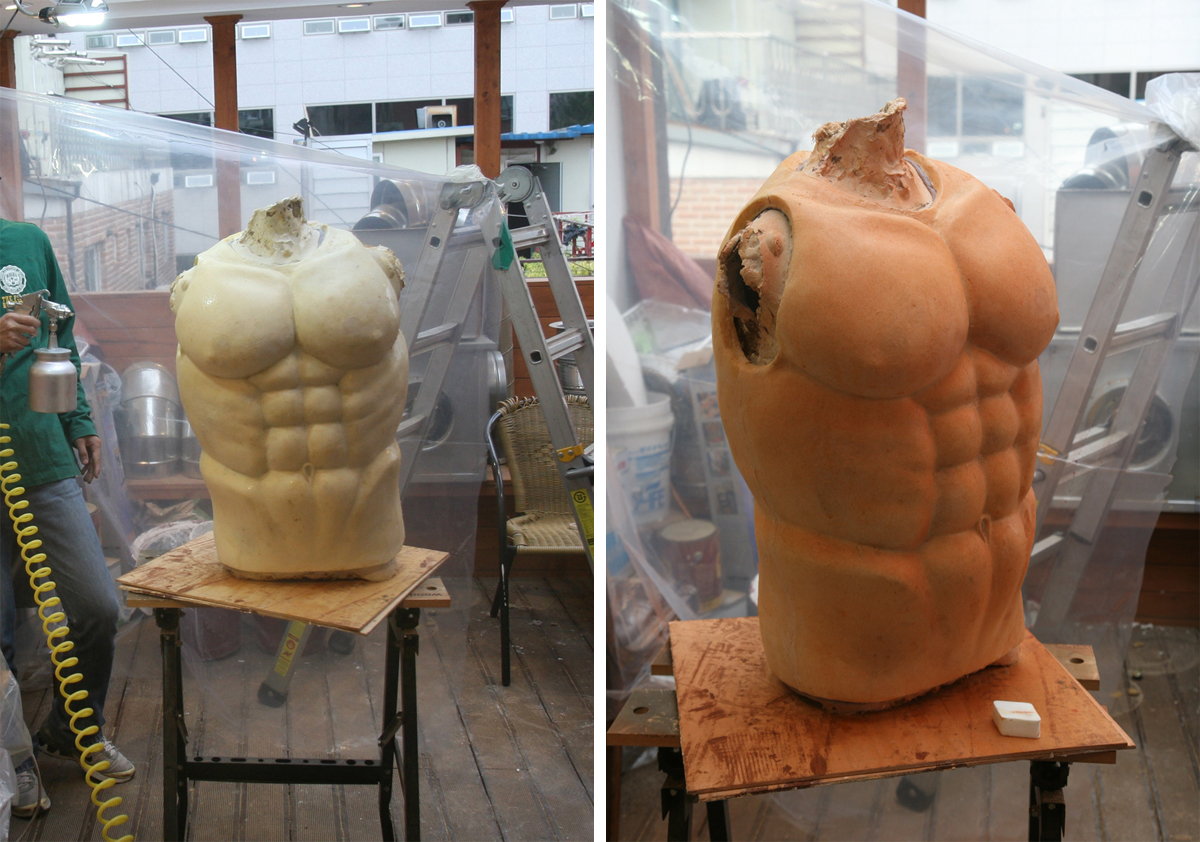 I put my muscle suit on PSY before the shooting time. Thanks to the soft component and light weight, the movement of the model was natural. After about three years, I was able to see him on TV in the muscle suit.