> THE SINGING MOON DANCE OF THE TWO KOREAS

Rising Moon is a Korean contemporary dance performance performed by Nanuri Dance company based in South Korea. This performance is combined with the Korea Art of South Korea and North Korea which were developed respectively from the Joseon Dynasty(1392~1910) through the Korean war (1950) and the present. I collected lots of Korean paintings including 40 Joseon Dynasty’s artworks, 80 South/North Korean artworks, and 80 Korean children’s arts. The children’s arts displayed in the performance are from 40 Korean-American children in the United States and 40 Korean children in South Korea. Children artworks show to wish for peace on the Korean peninsula and also for world peace. Five dancers and three musicians express the image of Korean art. They showed the movement of children wishes. 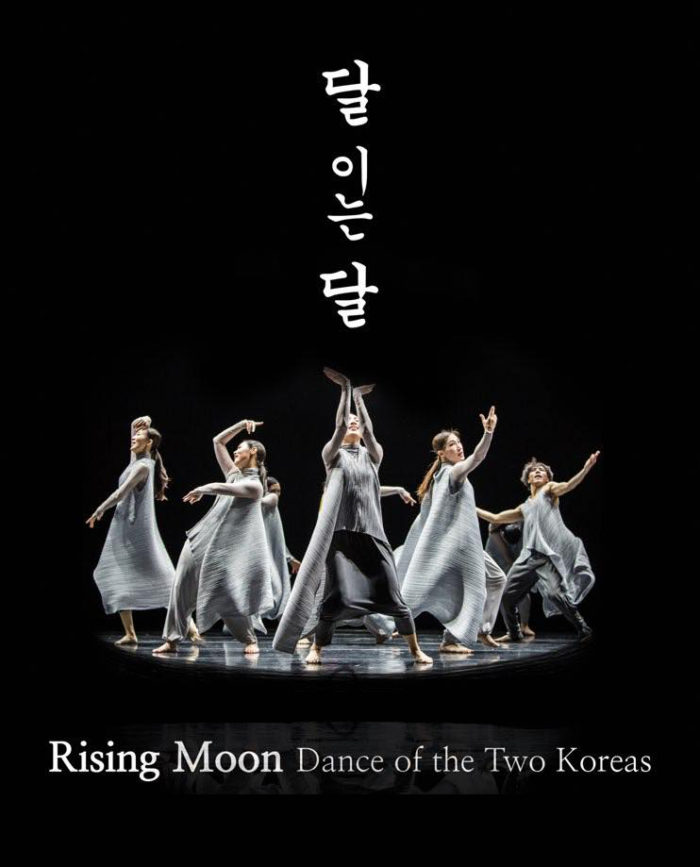 Performers perform according to each piece of paintings which is shown as a stage setting through a beam projector.

Established in 2005, under the motto “Communicate and Share together” the Nanuri Dance Company (NDC) is a professional dance company that performs a diverse repertoire of traditional Korean dances including their own creative contemporary dances. Since 2010, the NDC has been focusing on unique performances and the development of educational programs in collaboration with experts from various genres such as dancers, actors and educators. The NDC aspires to produce and present sustainable and social Community Dance that will reach the local community audiences.

The artworks of North Korea and South Korea in the past, the present, and the future.

Part1 An artistic spirit that was one (Korea in the past)

Part3. -Pictures to meet in the future: Artworks of dreams of children

1 round. Joseon Dynasty (Korea in the past)

2 round. Korea in the present (two-sided of the North and South)

3 round. Korea in the Future

The Process of Producing Performance

I express my sincere appreciation to all who helped with the performance and production of “Dance of the Two Koreas; Rising Moon
[ top △ ]
<< Fine Art / Other Fine Art Works Kay Total Makeup Shop >>