In the past, there were not many spaces where various people could meet through artistic activities. I hoped that it would serve as a space to give this opportunity by creating a cafe called “Sub-art” where the greatest number of artists gather in Korea called “Hongik University Front”. The store was made up of variable furniture and devices, making it possible for the store to make a variety of artistic activities as Alternative art community space. It took time, but I worked on everything from woodworking to plumbing and electrical work on all floors and furniture. 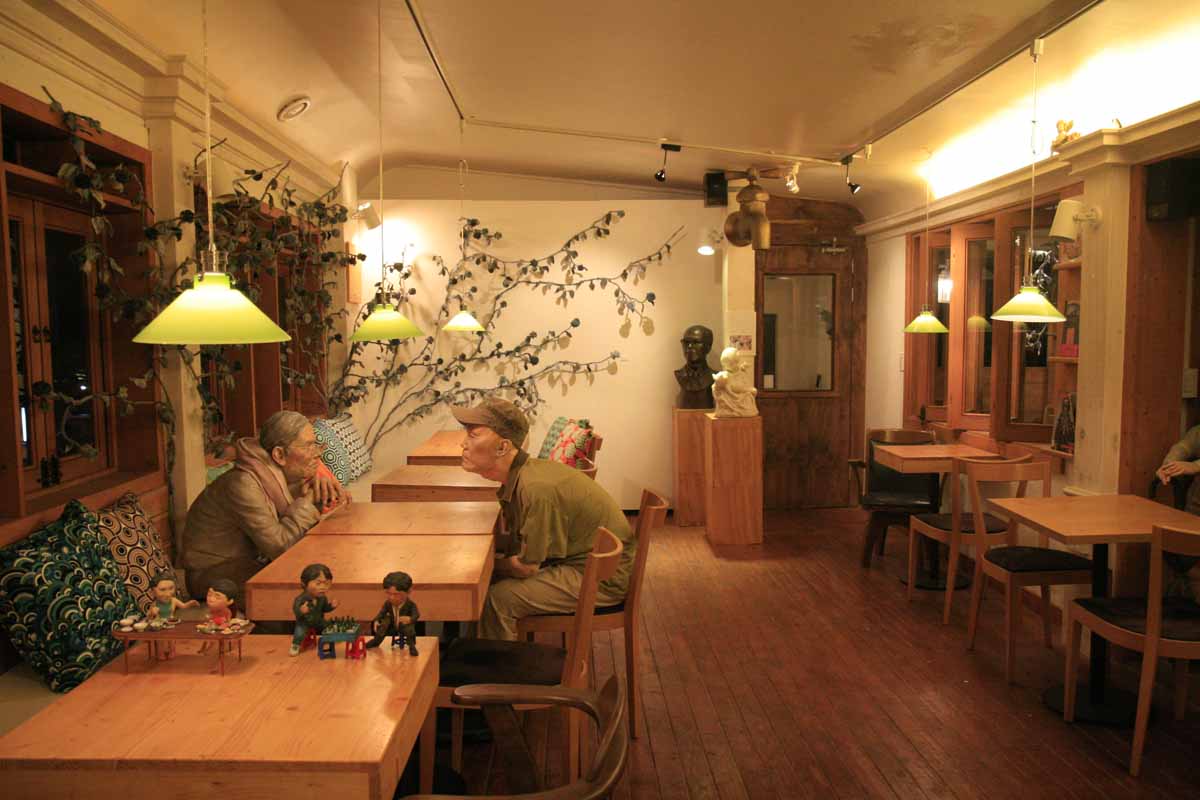 It is a basic work of cafe interior. Because the ceiling of the building was low, the duct was embedded at the edge of the ceiling, and the ceiling was made to look higher by using insulating material with the wiring work. In order to utilize the narrow space, I made a space on the terrace to make the space for the cafe operating equipment and to open and close the center of the ceiling. 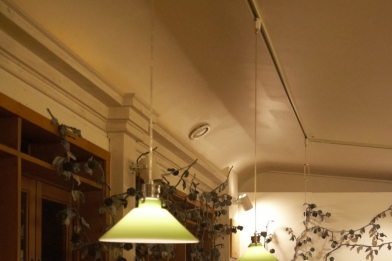 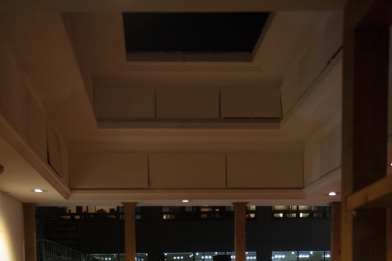 Because the place was aimed at various activities, it had to be able to change according to purpose. The table top of the bar was designed to be folded except the cash register and walls can be folded down to allow it to be used as a wall for display. Bookshelves are made to rotate.Normally, visitors were able to read books about art, and when there were a exhibition, the bookshelves were turned and used it as a display wall. 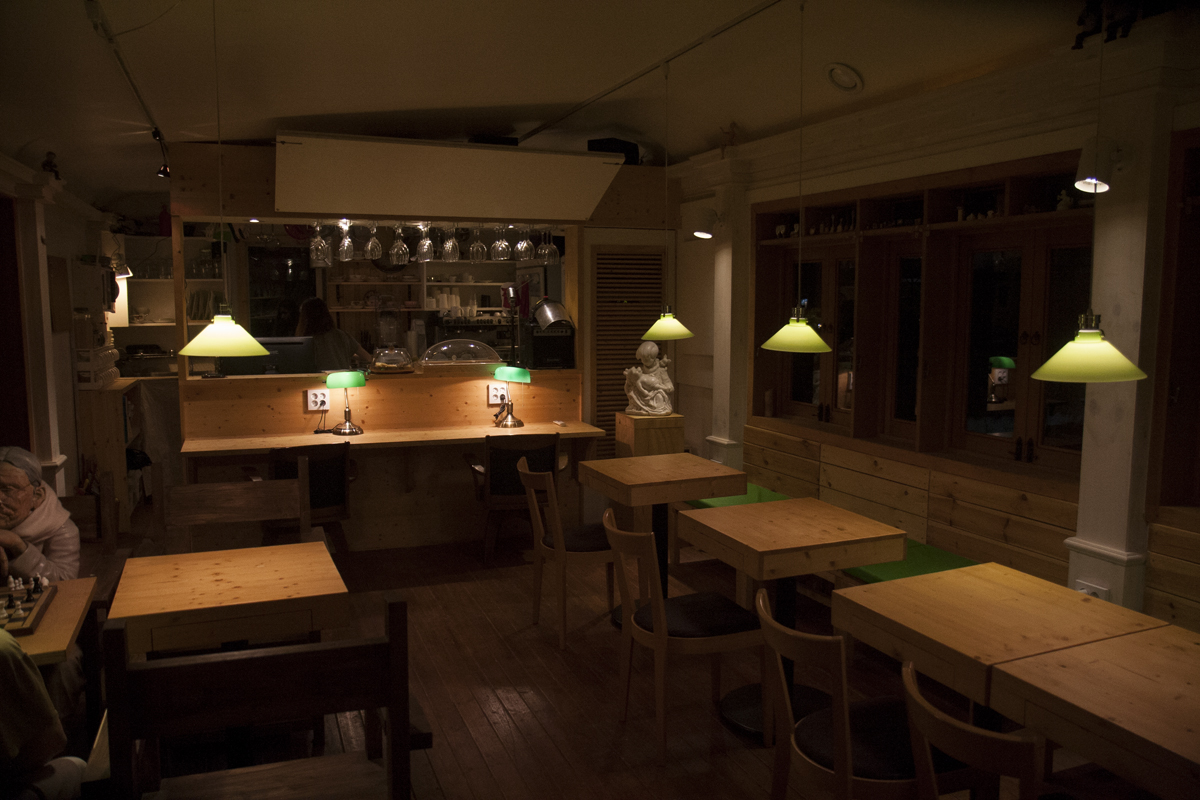 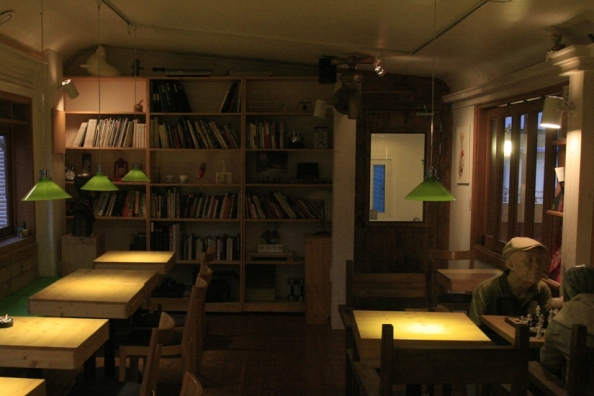 This wall can be installed on the terrace, so that it can be used as a display wall, and the wooden block that can be stacked as a block can be used as a stage of the stereoscopic work. And all the chairs that look like built-in chairs are all movable and have been re-positioned according to the event. 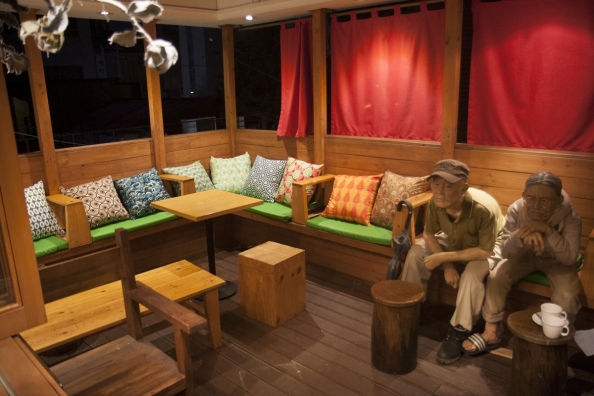 The place was usually used as cafe and various people came and talked. 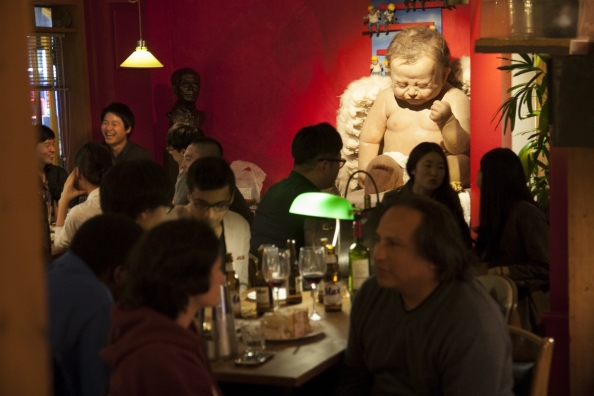 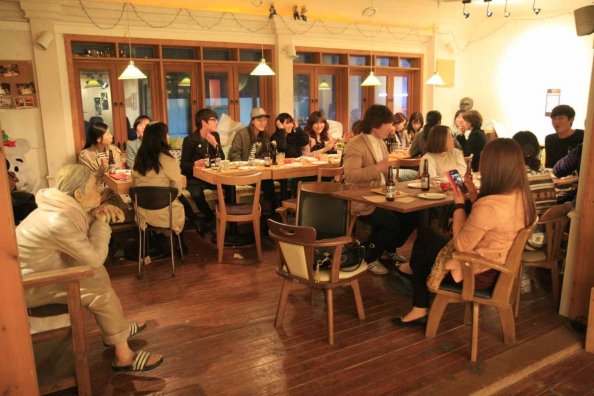 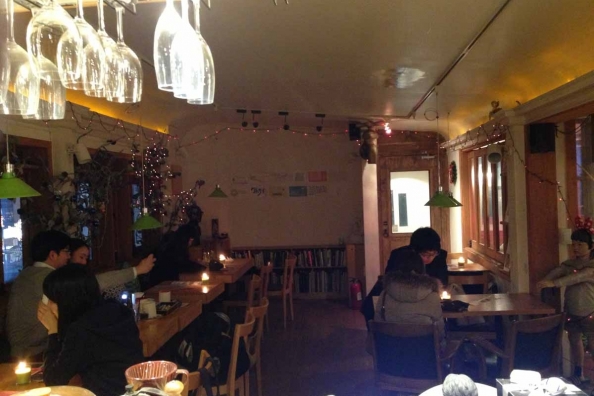 In the exhibition, all the windows, bookshelves and wooden blocks could be used to install art works. 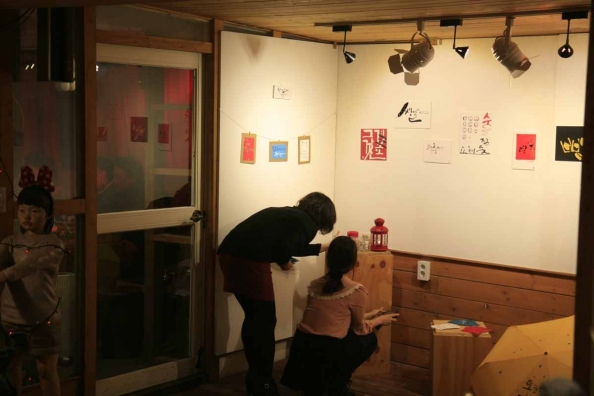 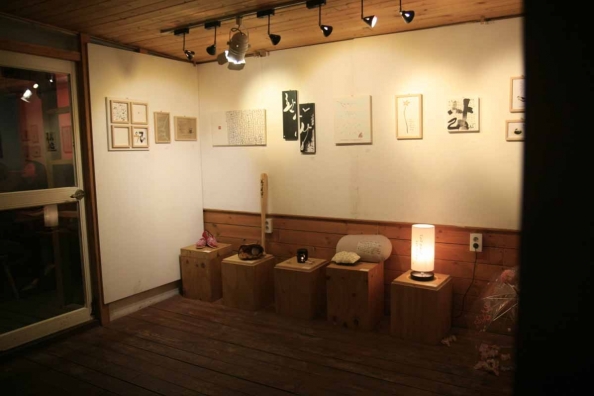 Embedded speakers and mobile speakers around the cafe created the stage and opportunity to the artists. 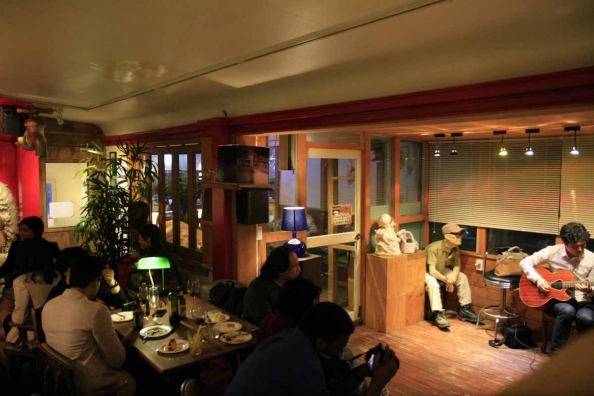 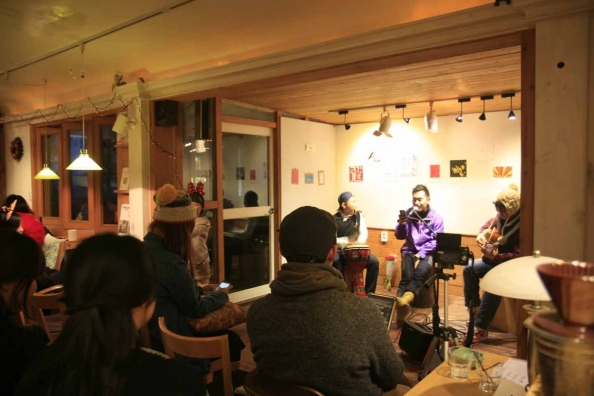 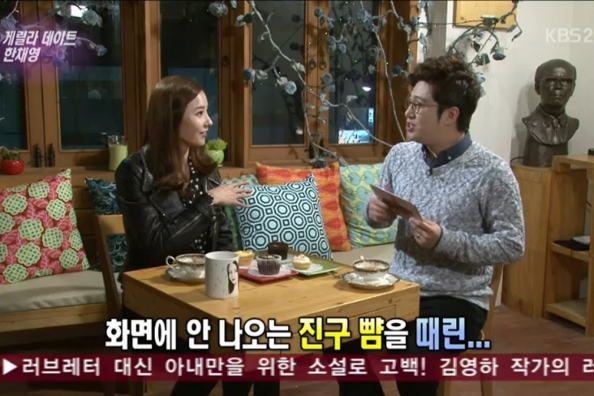 In order to operate the remote space, a noticeable mailbox shaped signboard; 1.6X 2.3X 1.2m, was installed outside. 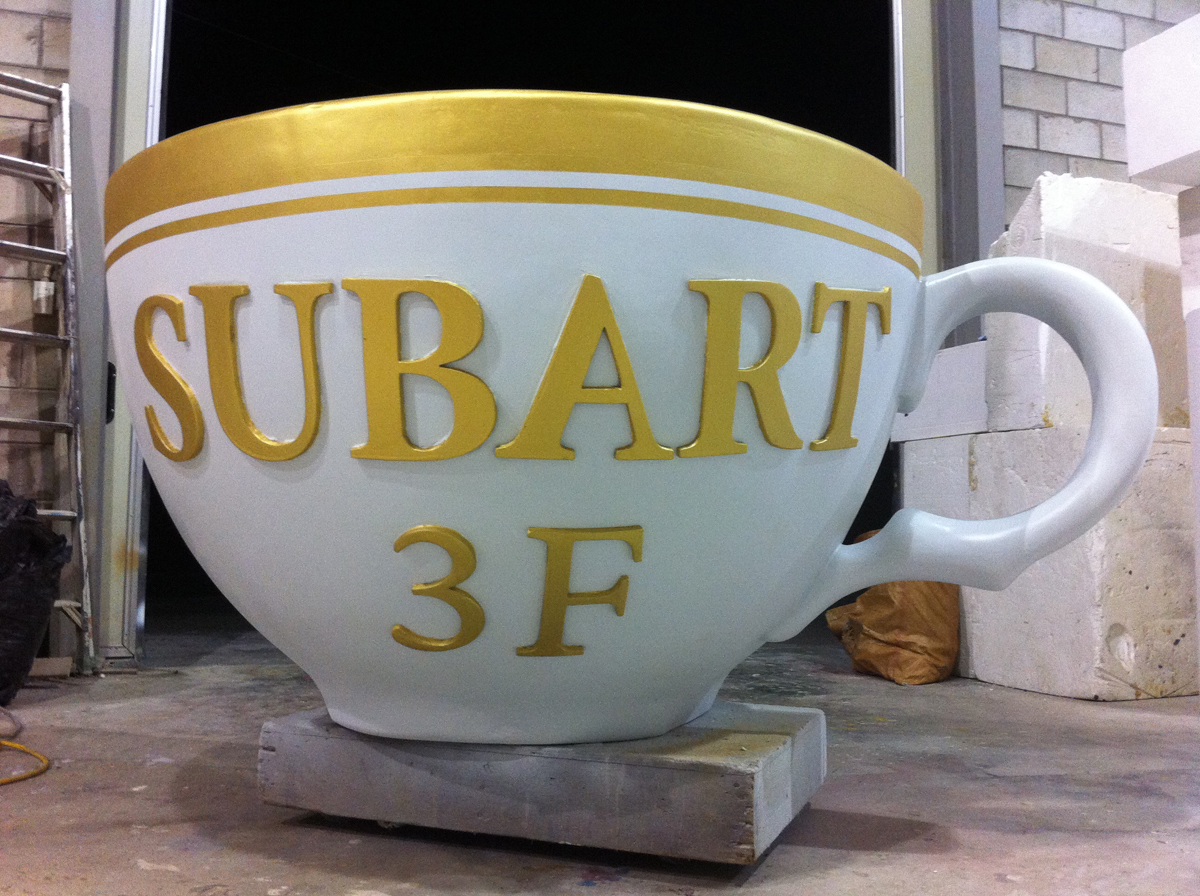 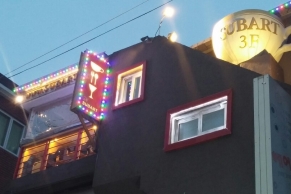 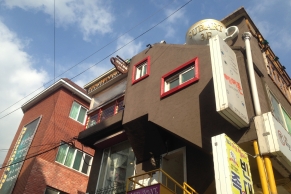 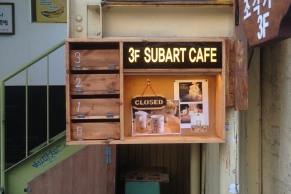 I created and distributed a drawing book to promote this place, opened a cafe art fair, painted a picture in the cup and baked it, and helium balloons were blown through the ceiling of the terrace to promote it 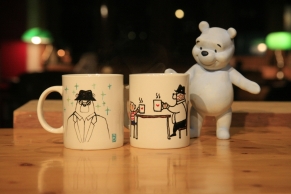 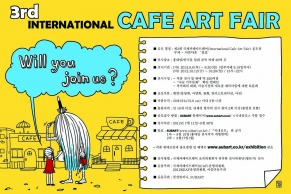 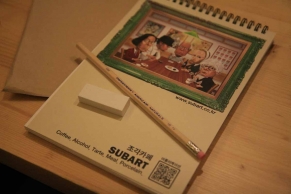 This cafe was built in 2012 and I operated it by 2015. It is currently operated by another management. Through the interior of this place, I learned about the relationship between exterior direction and space operation and interior design for publicity in a remote place. As a result of this cafe production, I started the interior business and I was able to find and use hardware and electronic devices to transform a single object and space for various purposes