This work was to produce special effect clothes for TV commercials and commissioned by a loan company called Hyundai Swiss. For this project, I participated in drafting the storyboard, and I also designed and produced the ATM Men as the creative director. After the first version of the advertisement became popular, there followed three more film shoots, and six more versions of the commercial were made. 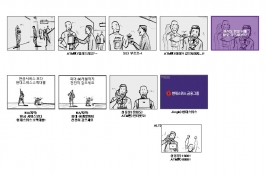 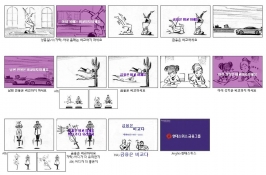 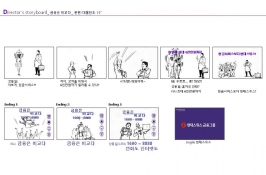 We sketched the storyboard to effectively express the commercial. At first, I designed the ATM machine in robot form with arms and legs attached to a box shape. Later, to obtain a comical effect, the design turned into a more human form.

In order to make perfectly fitting suits, the body each model for the commercial were cast with alginate mold and plaster mother-mold. Plaster was used to cast the bodies. 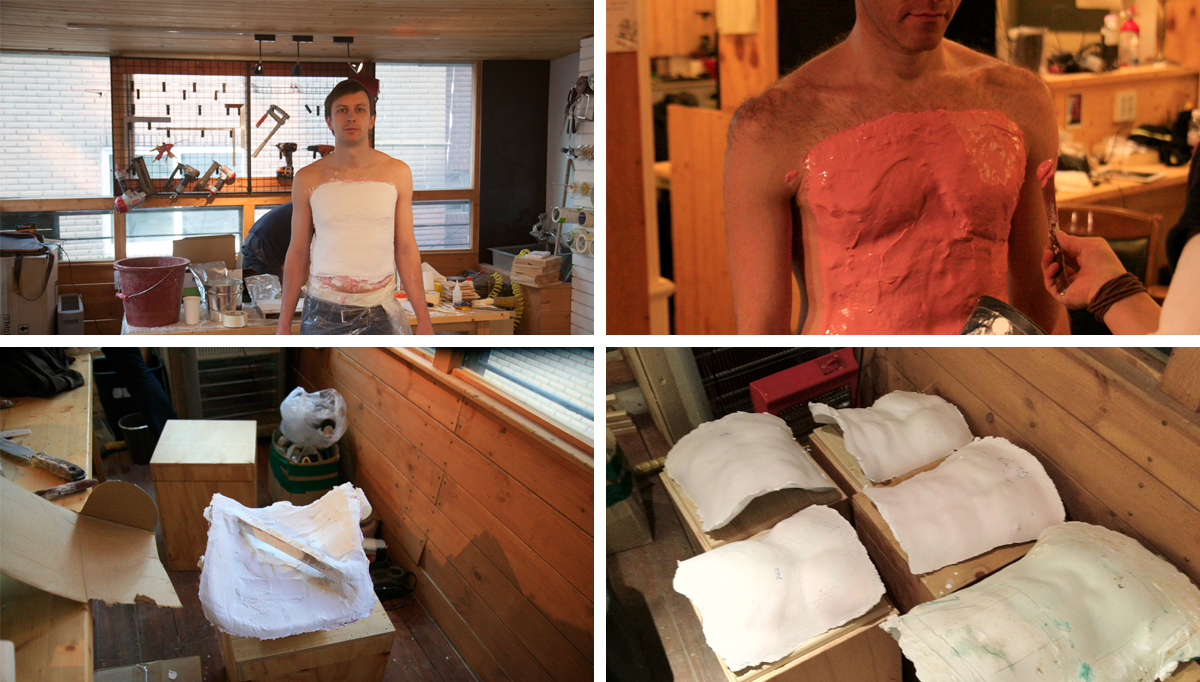 Blueprints were made using CAD, and the screen and switches were laser-cut on acrylic panels. Afterwards the mount between the ATM Machine and body suits were made. 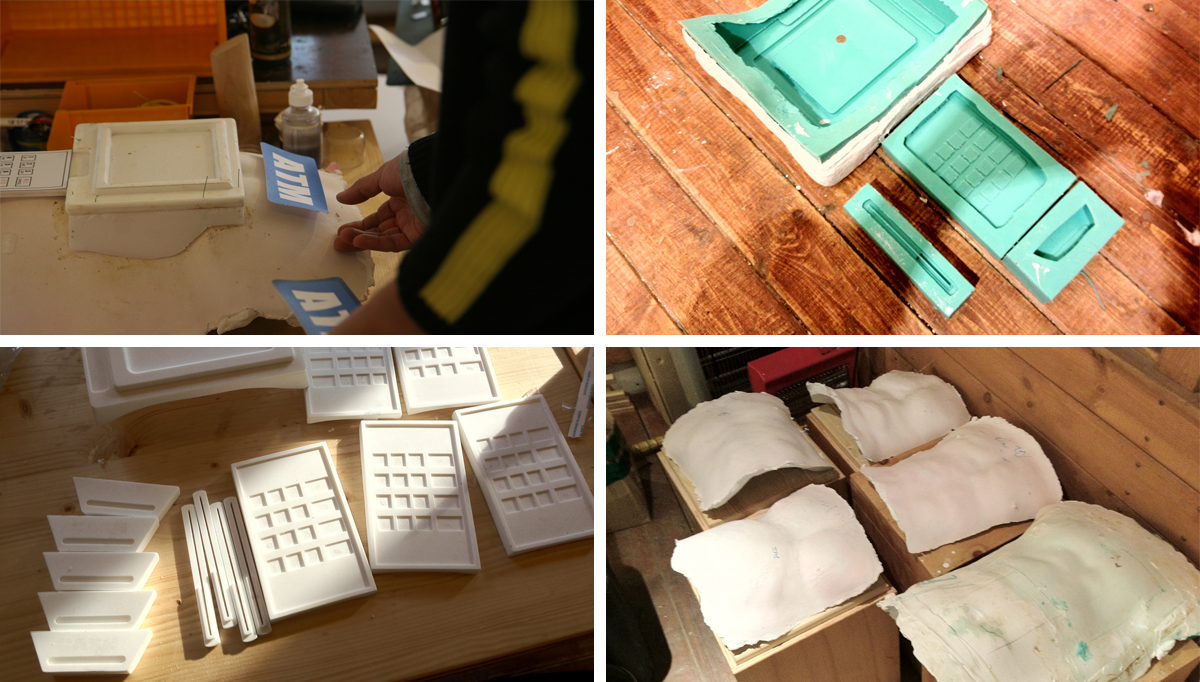 Using a textile tape used for costumes, suits were made to fit and cover each model from neck to toe. After make-up was put on the models, the ATM Machines were attached and the ATM Men were completed.

bubble-free rigid urethane, gold foam
To add to the comical effect, an exaggerated cactus prop was made.

Thanks to the perfect fit of the ATM machines on the models, the TV commercial could be produced without computer graphics. 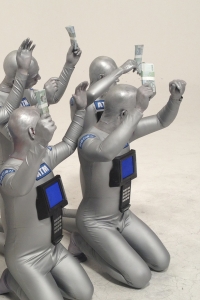