When I was a first grade of a university, I professionally learned Stop Animation there. And I engaged in the Stop Animation company called Masco 21 as modeller and animator under Hong Jung Kim director and professor of Kaywon university. He was leading advanced skills in this field, inspiring me to participate in this job. Works below are done by Masco 21, and I took responsibilities as modeller and animator. Also, from beginning Director gave me opportunities to discuss how to create projects produced by the company. After graduation, I was able to work as a professional in Masco21’s projects, with managing my company. A variety of materials and the computer programs named “Dragon” and “premere” were used to do the work below. 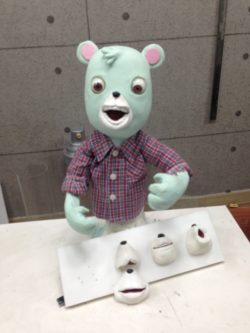 The Special introduction for Films on SBS / 2002

These tasks require over 12 paper drawings or 3-dimensional paper figures made to film 1 second of natural motion animation so many processed pieces of paper were needed.

For this work, the object had to be machined, making it look untreated. loads of time was spent on animating for the speed scene of this work. In addition to this, It is important to create a character that fits the mood without splashing so that the audience’s attention can be achieved as the producer aims. 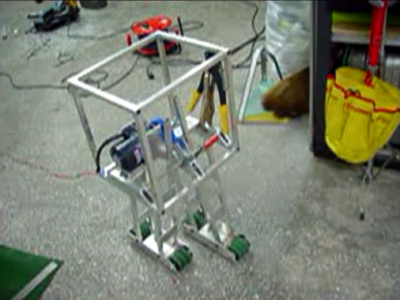 Expressing human loneliness in the robot’s walk was one of the hard things in this job. It was also difficult for a robot that was walking well to fall on time when a producer of the video intended.

The skills of Stop Motion Animation has been recognised as an obsolete and out-dated method to produce an animation from recent years compare to advanced computer 3D graphic. However, I believe that from this technique we can acquire a sense of humanity through long terms of handwork result and invent better filming skills that have the possibility for development and these truly could make people fascinated by video.